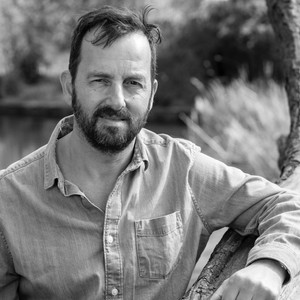 Alex Woolf was born in London in 1964. He spent most of his childhood in an attic playing with soldiers and making up stories about them. In his 20s, he rode his motorbike and travelled in America (where he nearly ended up as a barracuda’s lunch). He also did lots of dull and dangerous jobs. His worst job was washing up in a restaurant kitchen full of cockroaches!

Finally, he settled down to write books. He’s written loads of non-fiction books. Subjects he’s written about include sharks, asteroids, chocolate and the Tudors (not all in the same book). And like the boy in the attic, he still loves making up stories. He’s written stories about time travel, and one about scary shadows that come to life, and another one about a teenage ghost hunter, and many more besides. His latest is set in Shakespearean times and features a girl who is an actor and also a spy. Alex lives in Southgate, North London, with his wife, two children, and their cats, Juno and Minerva.